After one of the best NCAA pinning careers ever, All-American and ACC Champion Hudson Taylor is here with a full masterclass on how to manage a match and turn anyone 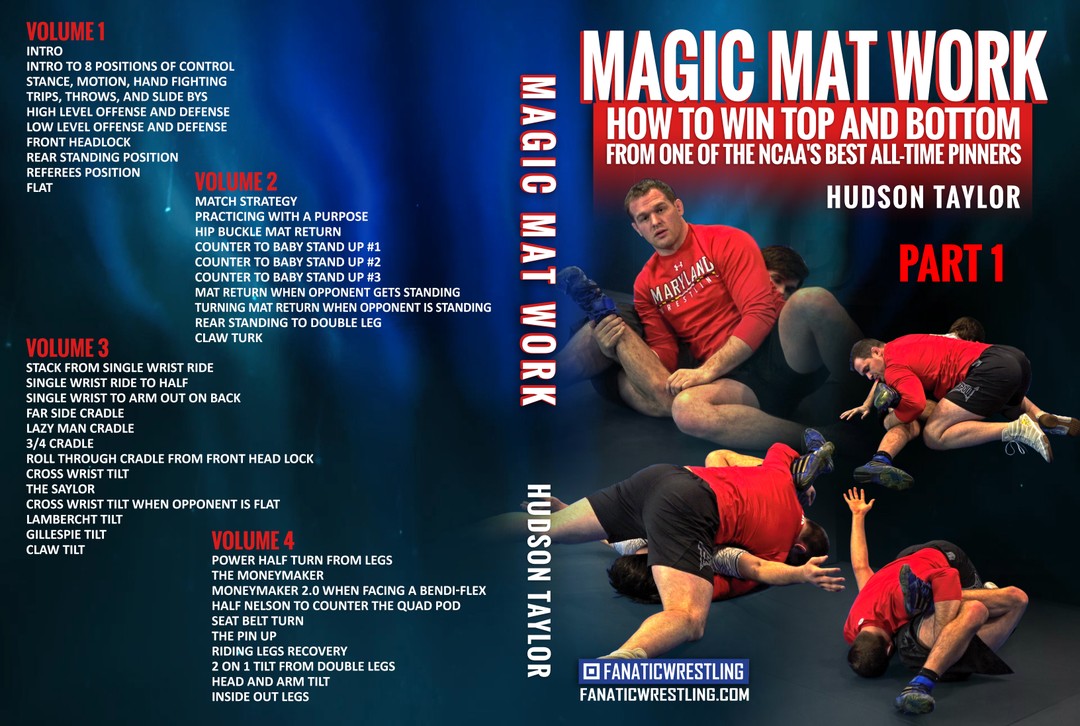 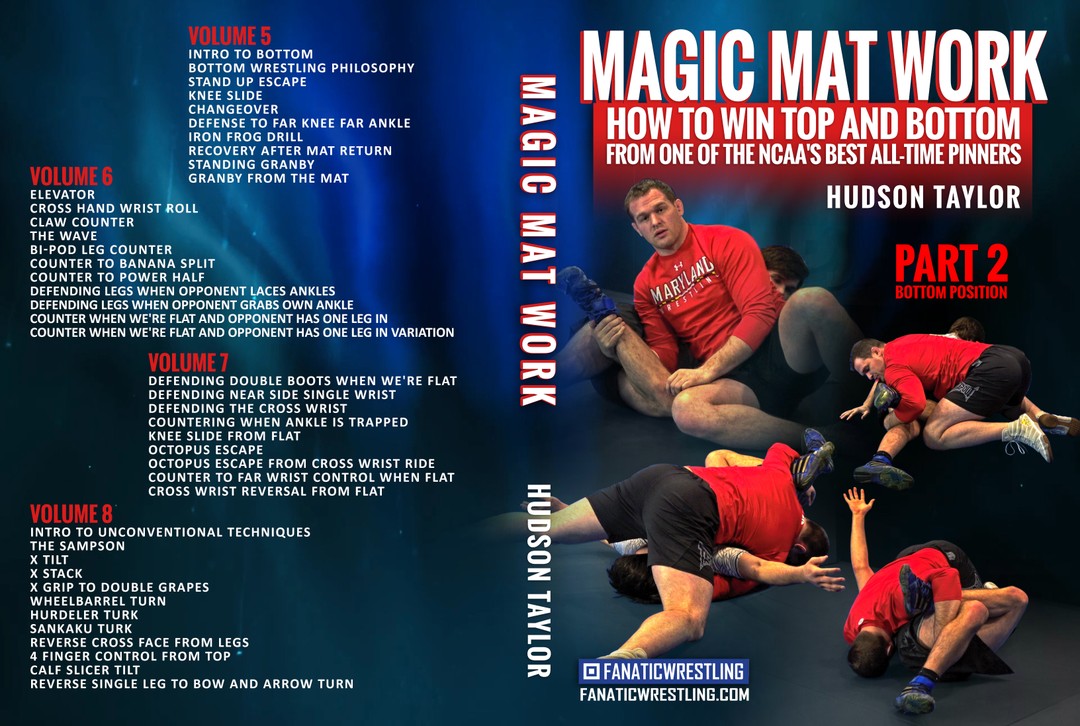 After a career that led him to National Prep glory and NCAA podiums, Hudson Taylor is now joining with Fanatic Wrestling to show the mat work and match management that led him to being one of the top-10 NCAA pin leaders of ALL TIME.

In this new 8-volume instructional series, Hudson goes through every detail you’ll ever need to pin at the highest levels of the sport. The former Terrapin brings an incredible wealth of knowledge for the viewers, including the signature moves that he used on everyone as a Maryland Terrapin All-American AND the turns that he has invented himself! 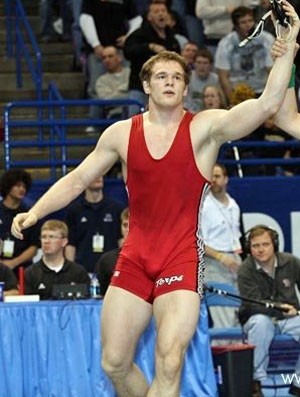 No matter how you prefer to ride on top, there is a highly detailed system here that gives you combinations of moves that you can keep cycling through, always chain wrestling while you work from referee’s position. Whether it’s cradles, tilts, half nelsons, or with boots in, build out your skill set and start picking up back points asap with Hudson’s help.

Once that’s done, change it up and see how to get out from bottom every single time like the elite D1 guys, using only a few simple adjustments to the nation’s most common stand ups and escapes. You can build from a novice to the top of the podium using the drills, techniques, and combos on all 8 volumes of this series.

With insight that is rare to get from someone as prolific and successful as Hudson, you can learn the way he looks at a wrestling match, breaking it down into phases and basic positions that go way past the simple top/bottom/neutral.

Through his lifelong dedication to studying the sport as both a wrestler AND a D1 Ivy League coach, he has identified 8 separate positions that all work together to dictate who will win and who will lose, and once you know them you can start building around this.

Not only that, Hudson also goes into detail about exactly how he plans his in-match strategy, and what every wrestler should be thinking from top and bottom as they are competing and practicing. This kind of wisdom doesn’t come around often, don’t miss it while it’s here!

Here Hudson is going to demonstrate the infamous Pin Up

If you can dominate on the mat, you can win any match, and this 8-volume mega series is a blueprint on how to ride, turn, pin, escape, and reverse using solid fundamentals and technical attacks.

From his time as a Blair Academy champion to today, he’s been tweaking and perfecting these moves, including the dreaded Blair Academy wrist ride and the move he used so often to pin top-10 college guys that he started calling it “The Moneymaker”.

Now, in his coaching career, he’s focused on expanding the sport as much as he can, and that includes a full chapter on all of the cutting edge and experimental moves that you can add into your game and leave people scratching their heads. 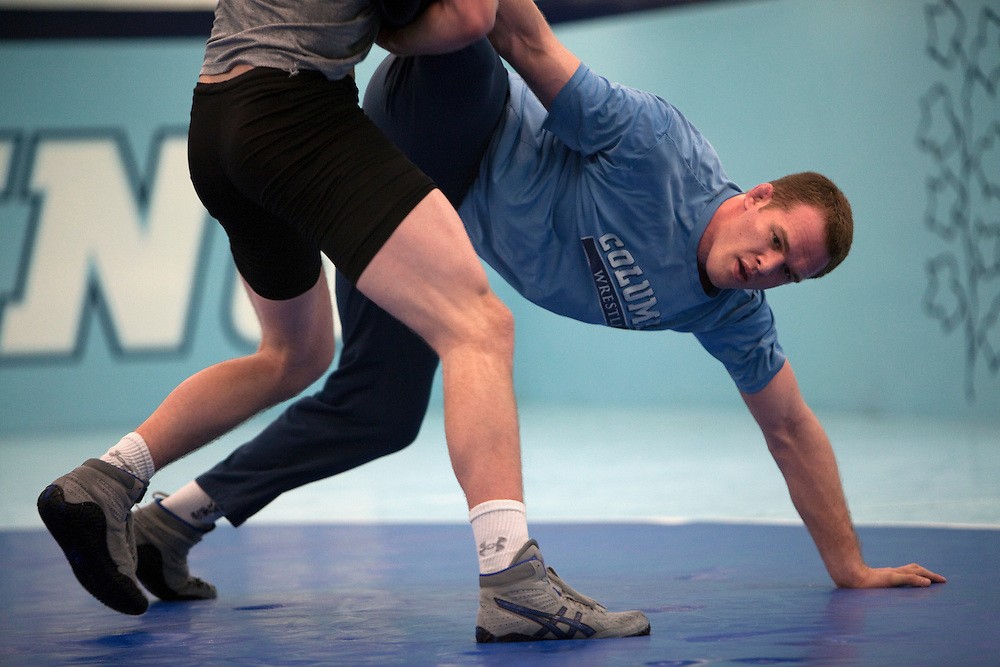 On bottom, mentality matters more than moves, and you can get the mentality that must be instilled in every successful wrestler from Hudson’s philosophy on escaping and reversing.

After showing the cleanest, most efficient ways to get out or get back on top, he shows you exactly how to troubleshoot against the most common pinning combinations that you’ll see, so you can stay a step ahead all the time. With a few simple movements and drills that you can use to always be able to create space, you can stop being ridden out facedown for an entire period. 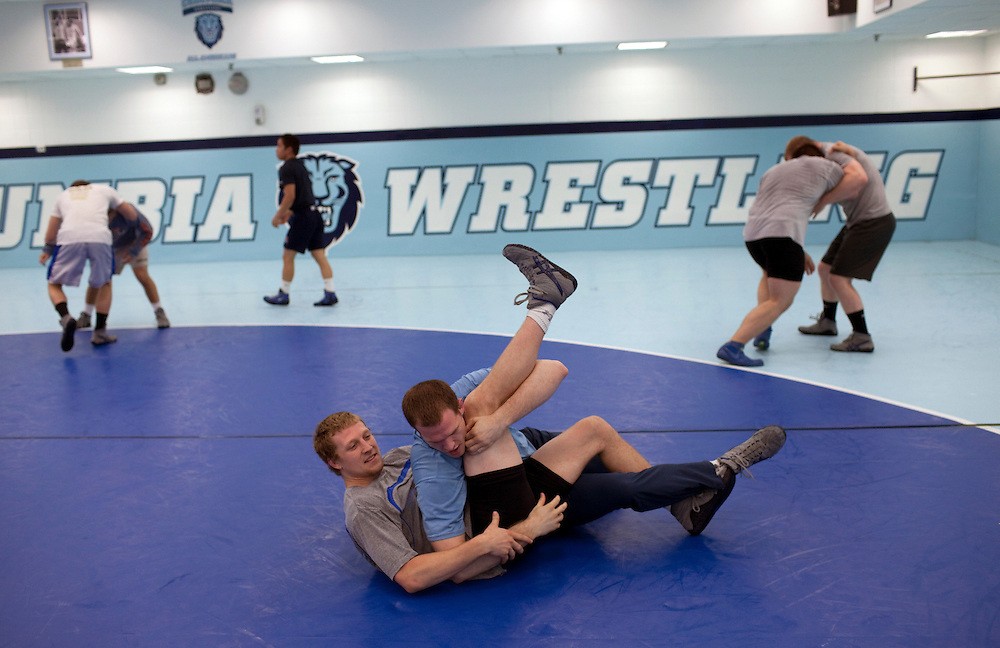 What Is On This Series?

Learn A Full System Around How To Stay In Control, On Top, And Working For The Pin With ACC Champion, All-American, & D1 Coach Hudson Taylor

-Introduce yourself to Hudson’s detail-oriented way of wrestling by first learning his 8 positions of control. Each one, escalating from on the feet and not touching to a broken down opponent on the mat, brings with it a new set of challenges that you can only master when you have identified them. By getting this in mind, you can get more out of your practice time, match management, and positional control. Also learn, with examples and definitive time demands, how to manage a match and the clock while you wrestle (including exactly how fast into each match you should be shooting for takedowns!). Your mindset will always lead the matches, so learning the exact way that one of the best pinners ever thinks and practices is really valuable information for any wrestler or coach serious about leveling up.

-Add into your skillset every turn and pin that Hudson used in one of the most successful bonus point careers in history, from high school through NCAA. During his time as a National Prep Champion at the legendary Blair Academy, Hudson developed one of the best single wrist rides ever, chaining it to stacks, halfs, and armbars from everywhere. Now you can finally see the series that has made Blair one of the best programs in history! In addition, go deep into how to cradle like a this ACC Wrestler Of The Year, from nearside, farside, even rolling across your own back. Once you are ready to light up the scoreboard, add in the high volume tilts you can be using to destabilize and take the base out from anyone in the bracket. Each tilt has its own specifics, but you can master each with the instruction given here, including the Gillespie tilt, the Lambrecht tilt, the cross-wrist tilt, and the Saylor tilt.

-Once boots start coming in, a lot of wrestlers start clamming up, not sure what to do. You can leave all that in the past, because even as a 197-pounder, Hudson was always prolific with his hooks in, including with his dreaded moneymaker variation on the power half. Learn how to put your boots in and score big, or how to clear them out and escape every time. This no longer has to be a dreaded situation, it can be your points consistently!

-Escaping from bottom comes down to two things: your mindset and how much space you can create. Now you can learn both at once, on these 8-volumes. In systematic fashion, learn the small movements, then the techniques, then the counters you need to wrestle through anything you see from bottom. With escapes, granby rolls, and standups that are as bulletproof as they are technical, never get ridden out again.

-We couldn’t bring in an innovator like Hudson without letting him go deep into some of the never before shown moves that he has been perfecting and inventing. Hudson developed his wrestling into a super successful grappling style (and became a jiu-jitsu world champion!) With nearly a dozen turns from common positions, you can add in some flash and excitement to the same few top moves, and really catch your next practice partner by surprise.

What Exactly Is On This Series?

Part 4:
Power half turn from legs
The moneymaker
Moneymaker 2.0 when facing a bendi-flex
Half Nelson to counter the quad pod
Seat belt turn
The pin up
Riding legs recovery
2 on 1 tilt from double legs
Head and arm tilt
Inside out legs

Well, that depends, what is it worth to learn from one of the most accomplished collegiate wrestlers?

What would you pay to learn the secrets to pinning world class competition?

We could have easily charged $147 But we're not going to do that Instead, cut that price by almost 50%

Get this 8 volume instructional series for just